Documentation » Using your LTE enabled ThinkPad as a WiFi Hotspot

Using your LTE enabled ThinkPad as a WiFi Hotspot

NMU ThinkPads with NMU LTE hardware installed can be used as a Wi-Fi hotspot to provide Internet access to Wi-Fi capable devices. NMU issued ThinkPad computers can have NMU LTE installed at no additional cost. If you need NMU LTE access, were issued an X1 Carbon or T460s ThinkPad Computer, and haven't already done so, bring your X1 Carbon or T460s computer to the NMU HelpDesk and get a request to have NMU LTE installed by Micro Repair.

IMPORTANT: Be sure to turn off the hotspot while on campus since it would interfere with NMU WiFi. You should always use NMU WiFi for Internet access while on campus instead of NMU LTE.

1. Click on the "Network icon" in the system tray and then the "Wi-Fi" button to turn off Wi-Fi. 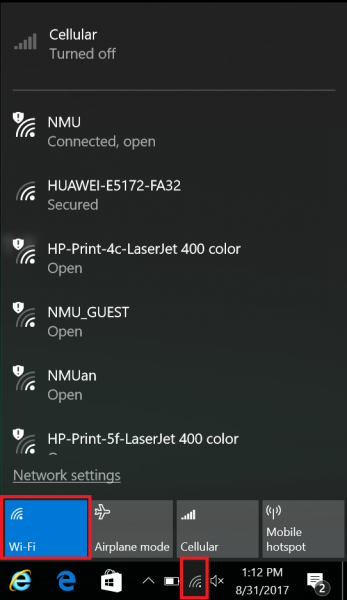 2. Click on the "Cellular" button to turn on LTE and wait for it to be connected. 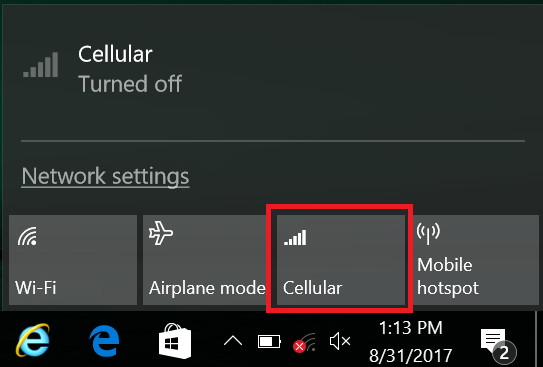 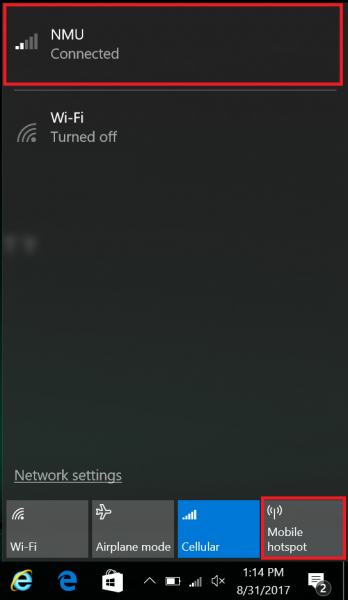 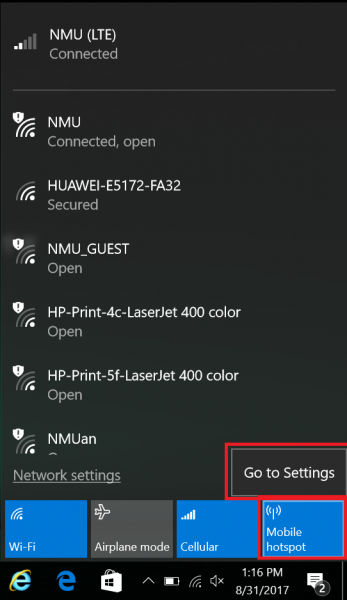 4. Right click the "Mobile hotspot" and click "Go to settings ". The access point (SSID) "Network name" and WiFi "Network password" will be displayed in the window. Any WiFi device using the provided hotspot connection will need this information to connect and access the Internet via the computer's LTE connection. 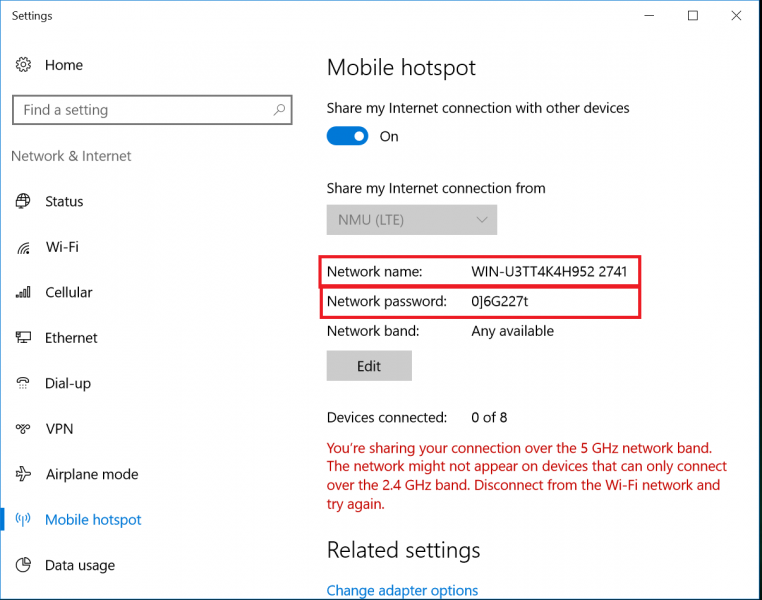 5. Click the "Edit" button to change the Wi-Fi settings. Here if you like you can change the "Network Name" (access point SSID), the "Network password" and the network band to "2.4 Ghz", the band used by most Wi-Fi devices. Click "Save" to save the settings and close the window. 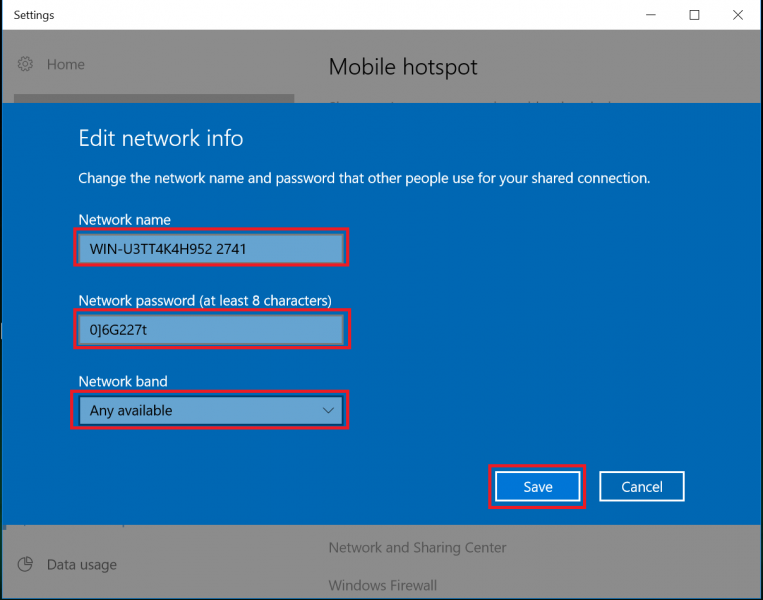 Located in LRC 116
Across from Fieras