Kaspersky® Enpoint Security Antivirus combines reactive antivirus and spyware detection methods with the latest proactive technologies to provide your computer with the most effective protection against malicious programs.

Each NMU-issued computer comes pre-installed with this software. There are a few different sections for the interface, but many sections can't be changed or configued due to NMU Network Administration and licensing settings. 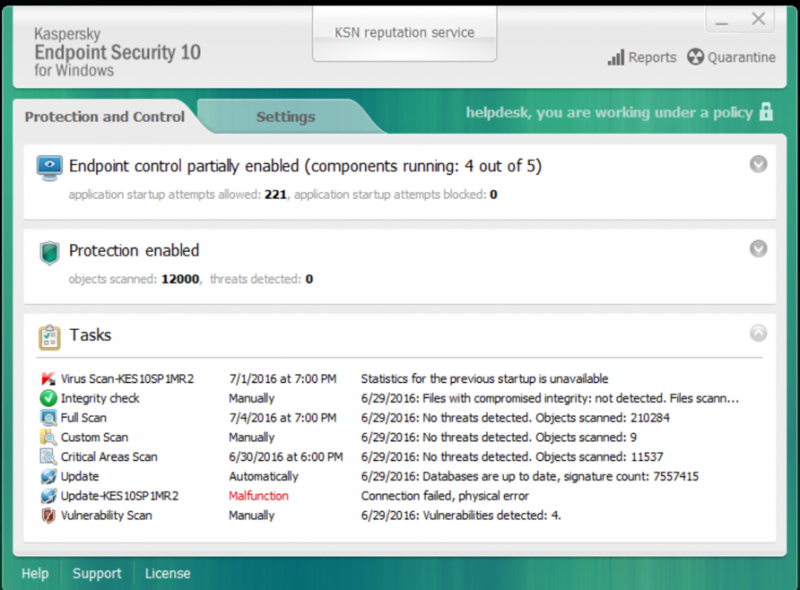 This component monitors your computer's file system. It scans all files that can be opened, executed or saved on your computer.

The Mail Anti-Virus component scans all incoming and outgoing email. It analyzes emails for malicious programs, allowing access to email if it is free of dangerous objects.

Web Anti-Virus is designed to intercept and block scripts on web sites that pose a threat.

Proactive defense is designed to monitor and analyze the behavior of all installed programs.

Anti-Hacker protects your computer while it is on the network. It accomplishes this by monitoring all inbound and outbound connections and scans ports and data packets.

Anti-Spam scans all incoming email for spam subject matter. These spam emails will then be marked with a special header.

Located in LRC 116
Across from Fieras